Studio MX 2004, Macromedia’s key software suite, is a creative toolbox that offers a seamless and integrated workflow for creating and developing the full spectrum of websites and Internet applications. It also makes data-driven apps and high-definition video experiences and have a robust development environment to build powerful applications.

Fortunately, Macromedia has improved Dreamweaver in several ways, making it easier to use and more performant.

What are the best resolved features of Studio MX?

The redesigned interface in Dreamweaver MX 2004 is slim and nimble. While you may not have everything you require right once, it is much easier to locate without having to dig too deeply. The tool and panel arrangement are obvious, and the insert bar is significantly smaller, allowing for more vital screen real estate for document editing. Performance has greatly improved, addressing possibly Dreamweaver MX‘s worst flaw: it no longer drags along like it used to. It’s also not quite buggy or quirky.

The built-in Graphic Editor is a fantastic new feature. Obviously, it lacks the power of Photoshop or Fireworks, but it’s a great tool for making quick modifications like cropping, brightness/contrast adjustments, and sharpening. There are additional buttons for instantly launching the image in Fireworks, optimizing it in Fireworks, and putting the file directly into Fireworks’ export module if anything further is required.

What makes Studio MX so special?

Many improvements have been made to the coding environment, resulting in faster and more professional outcomes. A new right-click menu enables code-editing choices immediately within the document, and the Tag Inspector displays possible alternatives for a selected chunk of code. If you’re dealing with custom tags, the Tag Library Editor will come in handy because it allows you to save and update tag properties. For those of you who have a lot of “find-and-replace” work, the fact that these searches can now be saved for later use will be a welcome addition.

Dreamweaver MX 2004 is concerned with the functionality of your code in the actual world. The accessibility toolset has been improved to satisfy the most stringent requirements, and the browser validator will validate your site’s compatibility.

This version includes much improved support for ASP, JSP, PHP, XML, and other programming languages, in addition to being an HTML editor. You can select to generate one of these document kinds and edit it in a suitable environment as soon as Dreamweaver is launched. Even better, the Reference panel includes O’Reilly content on SQL, ASP.NET, and PHP—not bad.

Besides the accessibility feature, there is also new dynamic cross-browser checking to be one of the other top features. This new enhancement allows you to define a set of popular browsers ( Internet Explorer, Mozilla, Opera, and Safari) and their minimum versions on both Mac and PC for Dreamweaver to take into account. If there are codes used on your pages which are not supported by a particular browser, Dreamweaver Studio MX directly informs you of the problem.

This is so relieving for anyone struggling to keep their sites as platform browser-agonistic as humanly possible.

Worried About Security with Studio MX?

The user interface is simple and intuitive, with the same twirl-up panels as the other apps. The Property Inspector has been enhanced, allowing for excellent context-sensitive text and image control. It’s usually a good idea to spend less time sifting through menus.

There are a few new photo-editing applications on the market that provide fascinating bitmap-working alternatives.

The speed boost is simply astounding. With the previous version of Flash, slowness was a major irritation, especially when performing simple things like opening documents. Everything is now faster, which is a pleasant surprise given the abundance of new features.

NOW YOU CAN DREAM WITH STYLE.

Speaking of design, checkout how you can design your dreamy book cover with BookCoverly Software: https://behindpixela68.sg-host.com/design-your-attractive-book-cover-with-bookcoverly/ 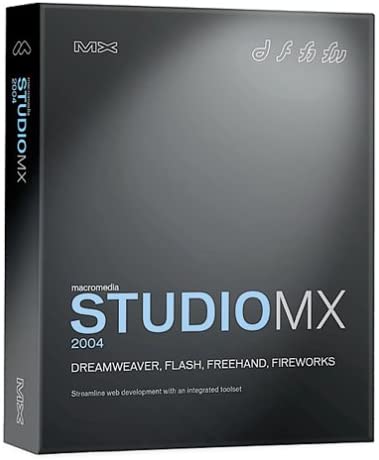 If you’re the creative type who designs and develops websites and web-based apps, then you definitely need to have a look at this life-changing software
Click here for more Info